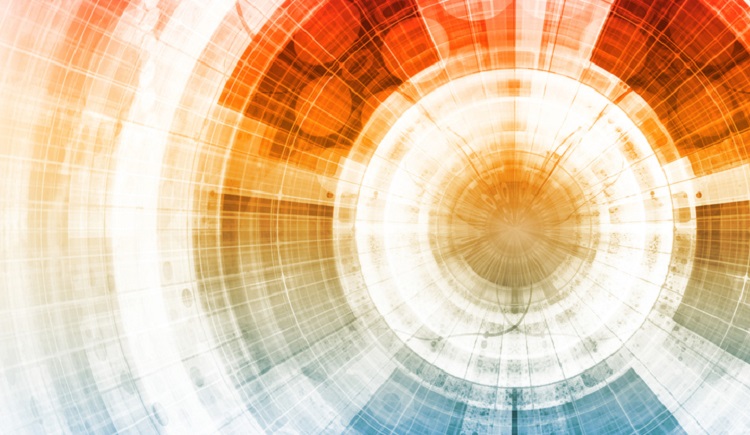 With the launch of Protodigm, founder and CEO Mike Rea (also founder and CEO of sister company IDEA Pharma) hopes to “revolutionize” the field of drug development. The company has brought together a diverse group of professionals (including Oxford and Cambridge scientists, a Harvard Business School graduate, an FDA Scientific Advisory Board member, a widely published scientific author and others) to offer diverse skill sets, perspectives and expertise. to foster innovation.

Rea discussed the new organization with Outsourcing-Pharma, explaining its commitment to innovation, its new approach and the benefits of the colorfully named ‘skunkworks’ approach.

OSP: Could you please share a description of Protodigm’s “elevator presentation”?​

MR: Protodigm is two very new things: a skunkworks contract and a next-generation contract research organization (CRO), bringing a disruptive new approach, rather than a version of what already exists. At IDEA, our go-to-market consultancy, we’ve supported eight of the top fifteen drug launches over the past five years and conducted the longest-ever study of innovation in pharmaceuticals, the Pharmaceutical Innovation and Invention Index.

Protodigm is the natural next step in this journey, born from the deep insights gained from studying the effects of premature drug specialization and linear, incremental R&D decision-making that significantly impede innovation.

Protodigm provides a solution to the industry; we are a drug development partner, not only doing what we are asked to do, but increasing opportunities for early-stage drug development by providing a wealth of time-to-market options and increasing quality evidence in the exploratory phases – Phase I and Phase II.

Also, when it comes to new possibilities – imagine you want to create a combination product – a new combined formulation-device-diagnostics-digital-endpoints solution, for example. This is something a pharmaceutical company would struggle to do in-house. Protodigm skunkworks can prototype, develop, and iterate a solution faster and more efficiently.

How it works in practice can take many forms – at the heart of our thinking is our Options, Evidence and Decisions (OED) framework, which embodies our belief in learning by doing – laying the question, design a plan to learn, generate the evidence using the universe of new and emerging technologies (e.g. AI, pan-omics profiling, simulation and modeling) at our disposal, as well as our ideas (i.e. reimbursement, regulation), then reconsider the original question. A misunderstood fact of our industry is the degree of serendipity in our marketed drugs – serendipity is about seeing opportunities faster than others, so we have created a company to do this by design.

What differentiates Protodigm is the full range of our services. There isn’t another company operating in the biotech and pharma industry that will and can take your pipeline and give you new possibilities for using your pipeline, then prototype and test those possibilities for you, and finally you give a complete picture with quality evidence explaining what your best options are.

We are willing to embrace uncertainty – what we don’t know – and have the ability to generate the right evidence to improve decision-making capability early, effectively and reliably. We are a helpful hub for the thousands of solutions looking for applications.

OSP: Could you please tell people who don’t know what a ‘skunkworks’ approach is and why it might appeal to pharmaceutical companies and their research partners?​

MR: The Wikipedia definition of skunkworks is quite appropriate: “The designation “skunk works” or “skunkworks” is widely used in business, engineering, and technical fields to describe a group within an organization that enjoys a high degree of autonomy and is unhindered by bureaucracy, with the task of working on advanced or secret projects.– developed as an idea by Lockheed Martin, it was a way to go faster, with more agility and creativity than the main organization could.

It’s a term we’ve borrowed from the engineering and technology industries – which embodies the idea of ​​reimagining what’s possible, by a team built to innovate. We want to bring the disruptive thinking that has been so successful in the tech industry to the healthcare industry.

We will work alongside our biotech and pharma partners to prototype new solutions, for example a digital drug processing device, which might not necessarily be suitable for in-house development due to lack of awareness or inflexibility that is often the result of rigid thinking in more mature industries.

OSP: Please tell us more about the impressive team of scientists you have assembled at Harvard, Oxford, Cambridge and other places.​

MR: We like to think of ourselves as a next-generation ORC, not just actors, but a team of hypothesis and evidence generators, leveraging the best minds in “decision science” and the most advanced technologies to highlight a unique universe of possibilities for a given asset. The breadth of experience within our team gives us a “range” and the ability to bring outside perspectives to internal challenges.

OSP: You mention in your launch announcement that one of your goals is to help customers avoid “premature specialization in drug development.” to help them avoid having too narrow a focus?​

MR: Screening for indications is something industry has widely accepted as the reasonable thing to do to move a drug into Phase I and beyond. Our view is that it is not realistic to select an indication, and certainly the place in that indication, at this stage, before having any evidence. You can choose any hint you want, but usually you choose the ‘easiest’ or most obvious, thinking you can fine-tune the positioning later once you’ve gathered evidence. This seemingly innocuous move will forever remain as a “sliding door” moment in the development plan.

Here’s an analogy: You decide that New York is the best place for your new business. If you can do it there, you can do it anywhere. Once you’ve made up your mind, there are still a lot of decisions to be made: neighborhood, type of business, etc., but all the thousand things that matter – recruitment, services, overhead, price, investment, etc. would be different if you had only chosen San Francisco, or Miami, or Pittsburgh, or Basel. But, in addition to asking yourself questions, you will still have to understand things in New York, faced with the sunk cost of your decision. If you had done all of this evaluation before choosing, you might have ended up in New York, but you might not have started there.

If you entrust your new molecule to the therapeutic field of immunology for evaluation, it would be like asking a New Yorker to evaluate your choice of location. The answer will be New York, or rheumatoid arthritis, and there may even be a lot of attractive details alongside it. But the answer will never be Tokyo or cancer.

The problem of the ‘selection of the indication’ is in the ‘selection’. If you don’t know enough to make a decision, your selection is premature. Knowing that, you have to stick with the mob and hope you can fix it later, or you can do more exploration before committing. It should involve a bit of imagination, a bit of “what if” and a lot of hypothesis generation, but when you make your “selection” you’ll already have a competitive edge over those wanderers of Times Square, wondering what is the next step.

At Protodigm, our mission is to ask the questions, identify the options, and provide evidence to support this early decision-making process.

OSP: Do you have anything to add?​

MR: The kind of explosion of possibilities that we’ve seen in new discovery platforms is also happening in development, but largely outside of the pharmaceutical industry. Protodigm provides a hub through which new solutions – formulation science, device and materials science, digital, AI that helps design better clinical trials, endpoint solutions, new business solutions, and more. – are all included in our offer.