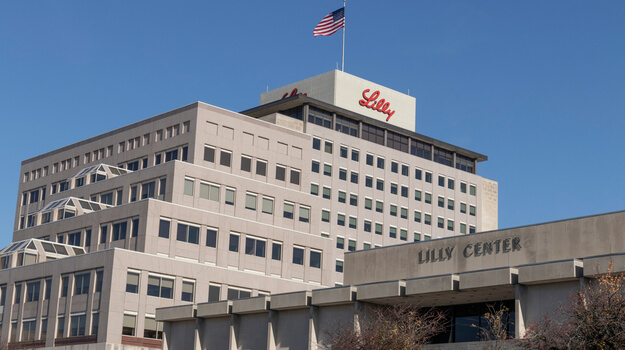 Eli lilly will harness the power of MiNA Therapeuticsexclusive small RNA activator (sRNA) technology platform to develop five new drug candidates against diseases in the main areas of intervention of the company.

This morning Eli Lilly announced a collaboration for drug development it could be worth as much as $ 245 million per target for London-based MiNA Therapeutics Limited.

Under the agreement, MiNA will use its saRNA platform to search for up to five targets selected by Lilly. The Indianapolis-based company will then be responsible for the preclinical and clinical development of the candidates and will retain exclusive marketing rights for all products resulting from the collaboration.

Eli Lilly will pay MiNA $ 25 million in initial cash. The company will then be eligible for an additional $ 1.225 billion and potential royalties on any products of the collaboration that will be marketed. In his announcement this morning, Eli Lilly did not elaborate on the indications of illness he planned to pursue with the deal.

Small activator RNAs are small oligonucleotides designed to work at the gene level and restore a cell’s own biology. SaRNAs can upregulate intracellular or secreted proteins for therapeutic benefit and have been shown to increase protein levels for both naturally expressed and epigenetically silent targets. Over the past decade, research has shown that saRNAs can activate a wide variety of genes in mammals.

MiNA CEO Robert Habib said the partnership with Eli Lilly is an important validation of his company’s saRNA platform.

â€œLilly’s expertise in RNA therapy and clinical development will significantly enhance our efforts to realize the full potential of the technology. Together, we aim to unlock new targets in multiple therapeutic areas and move them into clinical development and commercialization, â€Habib said in a statement.

Adams said the company was excited about the potential offerings of MiNA’s leading saRNA platform in combination with his own team’s expertise in the new modalities. He also said that this partnership could accelerate the development of RNA-based drugs in areas where unmet medical needs are great.

Eli Lilly has been developing his RNA-based research for years, making several agreements with expert companies.

In 2018, he entered into an agreement with Dicerna pharmacy to use this company’s GalXC RNAi technology platform to develop therapies up to 10 cardio-metabolic targets, neurodegeneration and pain. When the deal was made, Daniel Skovronsky, scientific director of Lilly, said diving into RNAi with Dicerna was an opportunity “to go where cutting-edge science meets unmet medical needs.” The company followed the partnership agreement by concluding RNA-based agreements with Greed and CureVac.

MiNA is also no stranger to making deals for its proprietary saRNA technology. Earlier this year, the company made a deal with based in France Servier develop new therapies for neurological diseases. Last year, the company entered into an agreement with AstraZeneca to combat metabolic disease using saRNAs. In 2017, Boehringer Ingelheim associates with MiNA to fight fibrotic liver diseases such as non-alcoholic steatohepatitis.