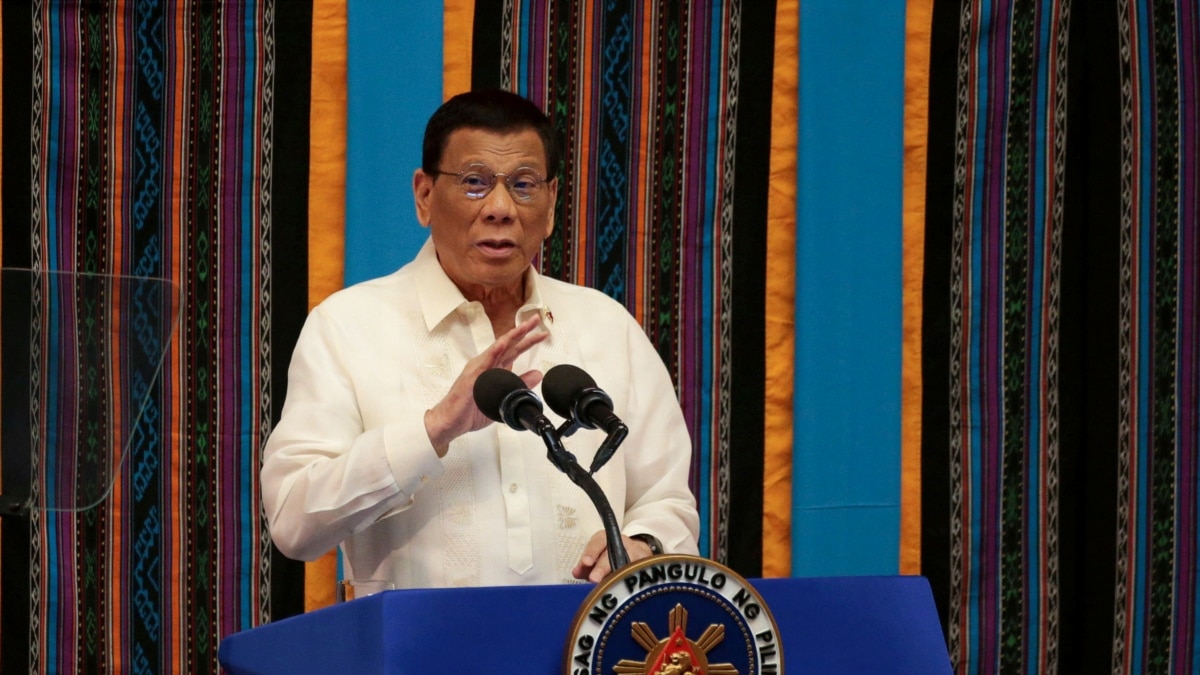 Philippine President Rodrigo Duterte’s campaign against drug trafficking gained international attention in 2016 and 2017, with an increase in what appeared to be extrajudicial killings of drug trafficking suspects.

Against outcry from human rights groups over the Duterte administration’s ‘war on drugs’, law enforcement is now testing other ways to control the problem as killings become less visible .

Duterte had promised during his 2016 presidential campaign to eradicate crime within three months.

The Philippine Drug Enforcement Agency reports that 4,948 suspected drug users and traffickers died in police operations from July 2016 to September 30 last year, while 22,983 drug campaign-related deaths are “Homicides under investigation,” according to New York advocacy group Human Rights Watch in its report. World Report 2019. Western governments and the United Nations human rights body spoke out against the deaths, drawing angry rebuke from Duterte.

Now police and drug officers are more careful in raids to avoid backlash among Filipinos, analysts believe, while trying new approaches to stop the trade.

“The numbers have come down, but the politics are there, but the implementation is even stricter,” said Ramon Casiple, executive director of the advocacy group of the Institute for Political and Electoral Reform. In terms of killings, he said, “there was already the range, I think, of the high end when the international criticism started.”

The drug agency reported a spate of buyouts in September, while the Philippine state-run news agency says officials are focusing on drug shipments passing through the 1,200 airports and seaports in the country. ‘archipelago. Enforcement officers also noted an increasing number of Filipino couriers who work for international drug cartels.

Academics across the country say police and their agents are still killing suspects, but authorities are more cautious now than in 2017, as public attention to the trend has waned. People largely agree with the drug war policy but want fewer killings, said Maria Ela Atienza, professor of political science at Diliman University of the Philippines.

Public support for the drug campaign reached 82% in the first two quarters of 2019, the highest since 2016, according to surveys by Manila metro research organization Social Weather Stations. Many Filipinos said the crackdown makes neighborhoods safer.

Law enforcement is now trying to avoid drawing attention to deadly busts, said Rhona Canoy, president of an international school in the southern Philippines and a member of a regional political family. A wave of teenagers killed in 2017 sparked street protests. A 3-year-old girl shot dead in a July raid has sparked debate in the Senate.

“They’re a little more careful now about people getting killed, just because of the bad press, and if there is [deaths], so they hide it from the news, ”Canoy said. “This is one of the biggest differences between 2017 and now.”

Drug addicts may also learn to pay more attention, the professor said. “Maybe people are more afraid, more careful this time, so in that sense they fear being arrested by the police, which means it’s in a more peaceful way, but the proliferation of drugs didn’t stop, ”she said.

This effort is gaining favor in the south, Canoy said.

The anti-drug effort spread from Manila to the neighboring provinces of Bulacan, Laguna and Cavite last year, as well as the southern cities of Cebu and General Santos, according to Human Rights Watch.

The authorities are also focusing on other approaches to the drug problem.

The drug agency is targeting an increase in the number of Filipinos “victimized as drug couriers” by international trafficking unions, the agency said on its website. In 1993, he said, only two Filipinos had been arrested abroad for drug trafficking. Now that figure stands at 710, according to the agency.

“It is a noticeable trend that more and more Filipino female drug couriers are being exploited by drug traffickers unions,” the law enforcement agency’s website adds.

The government is also increasing its purchase attempts. In the southern province of Davao del Sur last month, for example, two drug dens were dismantled while four government employees and six others were arrested in separate buyout operations, according to the drug agency. The busts brought in $ 9,630 worth of shabu, a methamphetamine derivative.

In 2012, the Philippines had the highest shabu use rate in East Asia, according to the United Nations World Drug Report.

DILG and DDB highlight role of barangays in drug campaign

Carlos wants “a clean slate” to support the anti-drug campaign