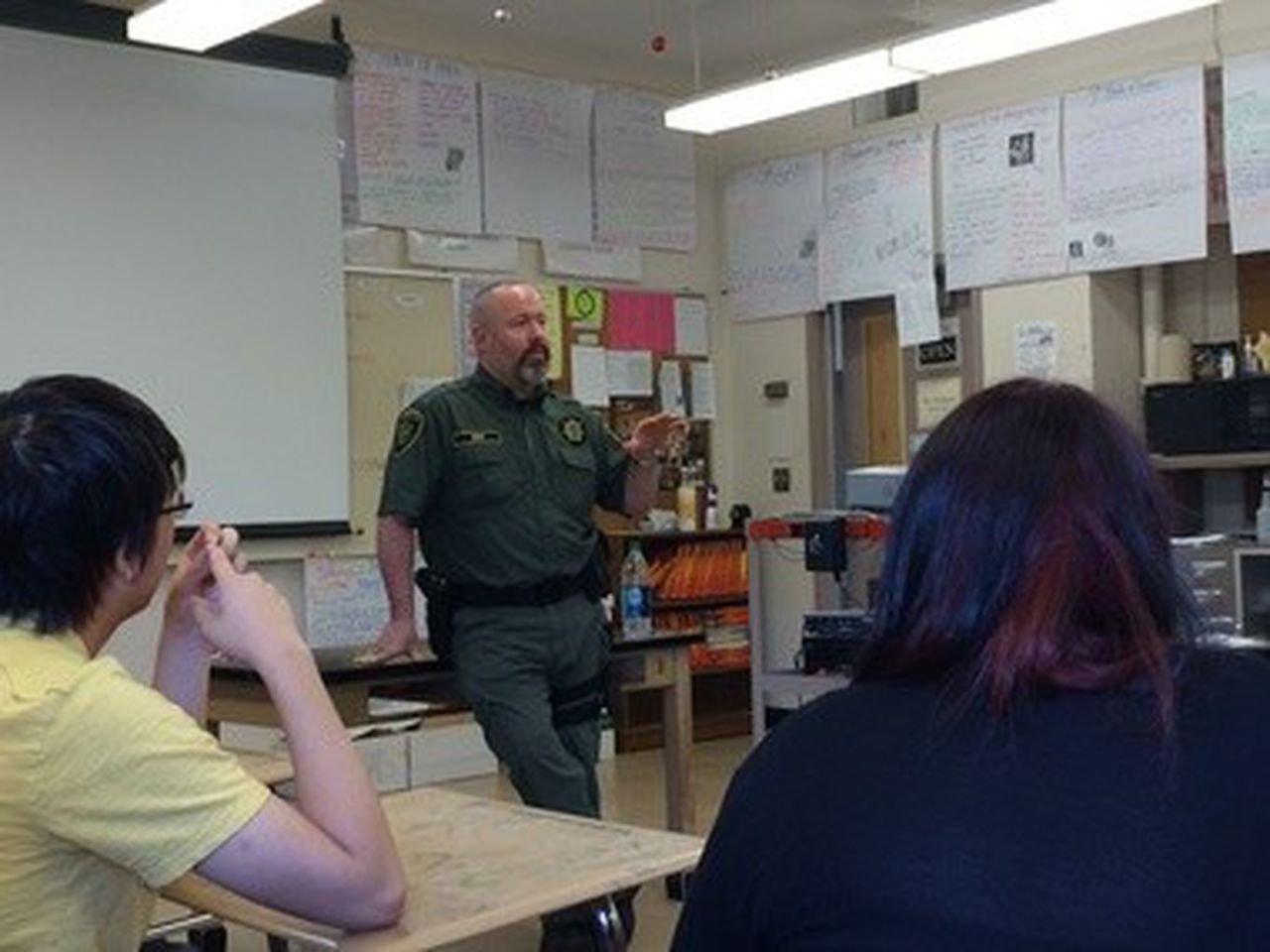 It only took a second to become famous.

Empty faces stared straight ahead. An electronic beep from a camera signaled that a photo had been taken, an ID photo created.

In 2004, dubbed the Faces of Methamphetamine, images of these eight people would travel far beyond Portland, across state borders and into classrooms nationwide. They would be plastered on the walls of Narcotics Anonymous meetings, prisons and probation offices.

The photos taken side by side, before and after, showed with shocking clarity the devastating effects of methamphetamine. Created in Portland by a Multnomah County Sheriff’s Deputy, some of the earliest compilations appeared on the front page of The Oregonian’s Metro section.

Letters are pouring in from young people across the country thanking the MP for his work. The campaign was hailed as a visionary effort to stop people from trying the drug – or to force them to stop using it.

Glenn Lagrew was kicked out of a North Portland bar when patrons recognized him after the cups were released. He found out he was part of the campaign when a reporter from Oregon called him.

â€œI knew my life was going to change drastically then,â€ he said recently. “This campaign has destroyed a lot of people.”

A decade after the campaign began, The Oregonian revisited the MP and some of the people whose images originally defined meth faces. Some are in jail, some still can’t shake their demons, some are clean. But to one person, they all say the campaign has changed their lives.

Faces of Meth was not the campaign envisioned by MP Bret King.

That year, 27% of reservations at the Multnomah County Jail were related to methamphetamine. The idea was simple: to provide a daily behind-the-scenes look at what King saw in prisons. In addition to compiling passport photos, King recorded video interviews.

â€œI felt the observations we were making were very valuable,â€ he said. “I felt we could have a really positive impact. It was my passion.”

But King hadn’t foreseen how quickly the campaign would explode.

â€œOvernight it was a full time job answering the phone. People were asking me if I could come and talk in schools,â€ he said, then he would bring his presentation, which had gone on to 59 mugshots, from school to school. “More and more people wanted to use mugshots.”

And because only the photos were made public, the Multnomah County Sheriff’s Office distributed the photos but not the videos. The campaign has taken a leap forward without all of its components – and without a cohesive vision.

“There were a lot of issues,” King admitted recently, “but it was still a very successful campaign.”

â€œPeople with drug addiction have a serious and chronic health problem,â€ he wrote in a 2008 article titled Faces of Tragedy. “They are not monsters to be exhibited, although the intention is to warn others of the dangers of drugs.”

Esther Allison began experimenting with drugs after she was placed in foster care. She wanted to fit in, so she started hanging out with the smokers on the corner of the block. She switched to harder drugs, including methamphetamine.

“I wasted 30 years of my life. I thought I was going to end up dead in a ditch,” the 38-year-old said in a recent interview. “I could have been something.”

Today she lives in a small town an hour from Portland. She is not known there as a mother or manager at McDonald’s. She is known for her mugshot.

Methamphetamine had already taken a heavy toll on the eight addicts. For some, it has helped numb the pain of a breakup, the loss of a father, or childhood abuse.

Faces of Meth has revealed its secret.

King, meanwhile, added more mugshots. He didn’t expect people like Allison or Lagrew to be happy about it.

In 2004, 78 people died from methamphetamine abuse, accounting for about 40 percent of drug-related deaths in Oregon.

He believed the campaign was making a difference. In 2006, Oregon lawmakers began to tackle the problem, enacting some of the toughest laws in the United States for the drug’s key ingredient, pseudoephedrine.

When Sheriff Bob Skipper suggested a second campaign a few years later, King agreed. But this time, he wanted to go further to tackle behaviors leading to drug addiction.

It’s just past lunchtime on a Thursday, and King is standing outside a slightly sleepy health class at Franklin High School. The students are looking out the window – it’s towards the end of the 2013-2014 school year, and summer is almost here.

The class reluctantly gazes at King.

They’ve heard it before. Don’t do drugs. Stay in school. Think about your future.

It is this apathy that King fights.

For the new campaign, King said he wanted to tackle adolescent behaviors that could lead to heavy drug use – weekend barrels, smoking marijuana, or popping pills out of the closet. home pharmacy.

â€œI was well aware of the shortcomings of Faces of Meth. I didn’t want to do Faces of Meth Part 2,â€ King said.

So he invited Deputy Curtis Sanders to participate in the project and interviewed 300 inmates at Inverness Prison to see if drugs or alcohol played a role in their crimes. They also interviewed 500 public high school students in eastern Multnomah County, asking them what factors would influence their decision to avoid drugs.

“The young people I spoke to always faced similar dangers,” he said. “The methamphetamine addicts I interviewed told me that’s exactly where I started.”

The campaign, From Drugs to Mugs, started in 2009. The 48-minute DVD is a mix of the same kind of imagery that made Faces of Meth popular, coupled with interviews with law enforcement and locked up drug addicts. .

It’s a difficult video to watch. Blood infections, faces covered in scabs and oozing and corpses fill the screen. Some students look away.

The lights come back on and King asks the teens to close their eyes. Who would they be in five or ten years? Would they have a job? A house?

The crux of King’s campaign? You don’t want to live like these people in the movie. You could end up behind bars. Or worse.

â€œI feel like teenagers who are educated with all the facts and who are given all the information, that they will make the right decision,â€ King said. “They should, and I think most will.”

Editor’s Note: The Oregonian was able to locate and interview six of the eight people featured in their 2004 article on the Faces of Meth campaign. The other two:

Theresa Baxter lives in North Portland. His relatives did not allow The Oregonian to interview him.

Jennifer Lundgren could not be located.

Drug development: the journey of a drug from the lab to the shelf