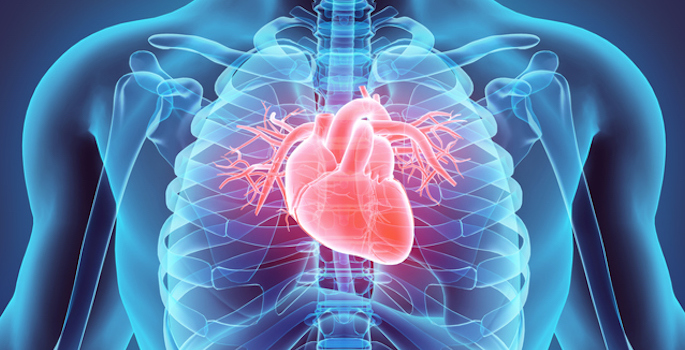 Vanderbilt researchers have identified the protein receptor in specialized heart cells that, when removed, preserve heart function after a heart attack. This finding has important implications for survival after heart attack, with promising therapeutic development currently underway in the United States. Warren Center for Drug Discovery in Neuroscience.

The research was led by David merryman, Walters Family Chair Professor of Biomedical Engineering, with experiments led by Caleb Snider, former Vanderbilt graduate student and current postdoctoral fellow at Washington University in St. Louis, and others. The team used genetic and drug models to confirm that removing serotonin 2B receptors in heart fibroblasts – the â€œworker beeâ€ cells that produce connective tissue in the heart – helps the organ heal in a way. significant after a heart attack.

Usually, only a small area of â€‹â€‹the heart dies in a heart attack (myocardial infarction), but over time the boundaries of the scarred area dilate. The resulting stress for the heart to do more with less induces heart failure. The researchers set out to determine what exactly the protein receptor was responsible for during heart attacks and how it might be altered for better results.

The most important measure in this study was heart function, measured by echocardiography. Through the biomechanical characterization of the scar and the adjacent border area, the researchers measured the evolution of the structure and function of scar tissue. They found that early inhibition of serotonin 2B after a heart attack results in a functional scar that is less likely to extend beyond the initial wound to put additional pressure on the heart.

â€œWe have found that the drug models have an acute and long-term effect,â€ Merryman said. “The drug treatment preserves heart function six weeks after a heart attack to a much greater extent than the control group, and it effectively prevents worsening of the border area of â€‹â€‹the affected area of â€‹â€‹the heart.”

Merryman collaborates with Craig lindsley, Professor of Medicine William K. Warren, Jr., University Professor of Pharmacology, Biochemistry and Chemistry and Director of WCNDD, to develop a highly targeted molecule that only impacts serotonin 2B in the cardiopulmonary system where the receptor is widespread. The molecule will be designed not to cross the blood-brain barrier, thus avoiding neurological side effects. Researchers have conducted three cycles of medicinal chemistry and are examining the effectiveness of the molecule.

Therapeutic development is supported by a Vanderbilt Discovery Grant. The Discovery Grants program is designed to act as a catalyst for large external funding sources including large federal funding agencies such as the National Science Foundation, National Institutes of Health, Department of Defense, etc.